When you start a nonprofit organization you will find yourself staring at paperwork filled with questions you may not understand. The first few times I did this, I confess I needed to guess at some answers, but it’s really worth understanding the concepts before proceeding or you will get into trouble. Some answers are harder to undo if you make a mistake. One of these key questions concerns membership in your organization. This pops up when you’re incorporating, when you’re drafting your bylaws, and when you’re filing for tax-exempt status. It must be important, but what are the implications? 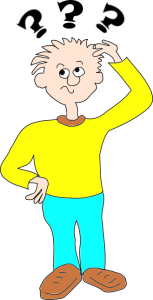 This membership issue can be confusing, since membership means different things in different contexts. When starting a nonprofit organization, it’s most important to think about who elects your board of directors. In this context a membership organization is an one that has members defined in their bylaws or other founding documents who elect the board and often have a say in motions that could change the bylaws, etc.

Now a lot of nonprofit organization have “members” that don’t get to vote. Maybe they get a newsletter or some other benefit from your organization in exchange for giving you a little money periodically or for volunteering. These people are not members in the sense that matters when you are establishing your organization’s legal form. You can call those folks members if you like, but to keep things straight it might make more sense to think of them as “supporters” or “sustainers” instead.

Your state probably defines membership more specifically, so it’s worth looking up what your state’s laws say. But in general, someone who can vote for a board seat is a member of your organization, and votes are generally taken of the whole membership.

So think primarily about how the board is selected. Is it via a democratic vote of all your members, or does the board itself make the final decision? In the first case your have a member-selected board. The other option is to called a self-perpetuating board, that is one where the current board selects any new members on its own. These days most 501(c)(3) organizations are set up as self-perpetuating.

On the surface, the membership option is appealing since it seems more democratic, but there are some “gotchas” to consider.

It’s clear that implementing and living with a membership organization can be a tangled mess, but isn’t the fundamental principle of democracy worth the extra effort?

Perhaps, and in some types of organizations such as trade associations and neighborhood groups, this value of democracy is so important that it carries the day. In fact, most of these types of organizations are founded as membership based ones. A good rule of thumb might be that if your members have competing interests (such as a business association whose members compete for customers) it probably makes sense to organize as a membership group (and carefully anticipate the above “gotchas” when setting things up). 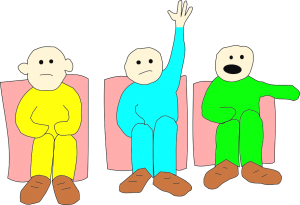 For many other organizations it might make sense to consider alternative democratic structures. For example, a self-perpetuating board could define various groups of stakeholders including program participants, sustainers, and so on, and these groups could be consulted before the board makes certain types of decisions. One example is an annual “town hall” style meeting that could be held before a strategic planning process. The board could also have a goal of including representatives of such groups in its own makeup. These types of solutions are numerous and are limited only by your imagination. (However, do check with state law and a legal advisor so you don’t accidentally create a membership class without realizing it.)

Also, note that any of these systems can be gamed, and there is no foolproof way to prevent politicking and faction fights (or lackluster disengagement) within your organization. This is true whether or not you choose a membership or self-perpetuating form. As Winston Churchill was fond of saying. “Democracy is the worst form of government except for all those other forms that have been tried from time to time.”

Sign up for informative weekly posts and receive a complimentary copy of Playing the Nonprofit Startup Game. This includes access to instructions for printing your own copy of the game.
Three Alternatives to Starting a Nonprofit Nonprofit Bookkeeping: What to Look For
Scroll to top