You are here: Home / Blog / Uncategorized

A lot of nonprofits describe themselves as “scrappy” and often take pride in this identity. I’ve worked in a few of these, and actually enjoy that environment, but there’s a cost at maintaining a scrappy culture in the long term. 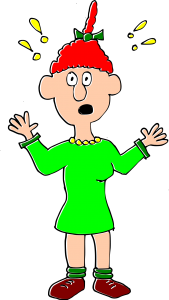 First, what do we mean by the term scrappy? A post in a facebook group I participate in described it this way: “getting the most out of every available resource, everyone wearing a lot of hats, using a DIY version of anything instead of a professional version, etc.” That definition sounds right on target to me.

I remember a phase we went through when I worked at Free Geek (a nonprofit computer refurbisher I helped start). Very early on when we were still all-volunteer and had very little money, we’d scrawl a list of our needs on a large used whiteboard near the entrance. We called this the “Needful Things List”. It might say “pens, paper, screwdrivers” or something like that. Sure enough we would get donations of these items, and put them to the best use we could. Often though, the pens wouldn’t quite write, the paper was the wrong size and needed to be cut to size, and the screwdrivers would be worn out. Without cash we figured out how to make do with these substandard items because they were free. Or we did without altogether. For a couple years we stacked our reusable computers in piles all over the warehouse floor because we didn’t have the money for shelves. Piles would fall over causing the potential for injury, and I have seen an actual printer avalanche.

Any “best practices” advice you get when starting a nonprofit will tell you to ensure you have your infrastructure in place before you start offering services. Such resources will also tell you to select a diverse and talented group of people for your board and not to populate the board with your friends and family. They would also have you pay a living wage to a dedicated and well chosen staff, and many other things that are all really good ideas and excellent advice to follow. 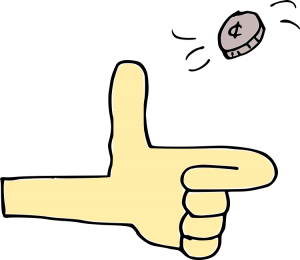 The problem is that unless you’re pre-funded, your nonprofit will run short on resources (mostly time, money, and/or social connections). This means that you’ll face a choice: give up on your nonprofit or take some shortcuts and compromise on these best practices. (And you will opt for the shortcut.)

So when you start a nonprofit organization, it’s very likely you’ll go through a scrappy phase, which leads to an odd phenomena. A few years down the line, you will likely believe that the shortcuts you took are the reason for your success, because, well, they were necessary shortcuts to take after all, and you’ve been doing it that way for some time now to no ill effect.

That is the wrong lesson to learn.

When Free Geek started getting a steady stream of income, we left the “Needful Things List” in place. We continued to rely on these donations and refrained from budgeting for things like basic supplies. As a result, we spent a fair amount of time testing and throwing away pens that didn’t work, reusing paper and dealing with the subsequent jammed printers, and bandaging up volunteers’ fingers when they poked themselves trying to use faulty tools. This all seemed normal to us. It’s just the way we did business.

This led to some major inefficiencies which meant fewer computers refurbished and fewer program participants trained, in short, a less effective organization. But we were blind to that fact for a long time. After all, weren’t we saving money by taking these shortcuts? Wasn’t that part of our recipe for success?

Nope. It was just that we took a calculated risk because we didn’t have many other options, and we got lucky. Then we failed to evolve beyond that phase for a while — though we eventually made the change.

It was a counter-intuitive process to realize that we needed to spend a little pre-budgeted money on some basic items in order to save a lot of time and be a more effective organization. But after some work we did just that. We eventually invested in shelving and a tool and supplies budget. We continued to receive free donations, but we also had a reserve of known working items, so we didn’t need to rely on substandard equipment all the time. This led to increased efficiencies, and the organization became more effective. 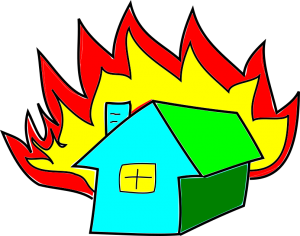 Taking short cuts on supplies like might seem trivial, but the effect is larger than you might think, and the principle applies in all sorts of other ways throughout your organization. If your shortcuts sidestep some best practices, it’s best not to forget that the shortcuts are temporary and the best practices should remain a longer term goal. Keep an eye on that prize, or your organization will suffer.

The scrappy stage of your nonprofit startup is just a phase, often a necessary compromise that serves to establish a more sustainable organization. That phase has a limited shelf life. Holding onto it beyond its usefulness can undermine your organization’s effectiveness.

So, remember this is an ongoing process. Take baby steps. Improve where you can. Don’t fall into complacency. Read cautionary tales from other nonprofits. Learn from their mistakes. Continue to improve and grow.

Sign up for informative weekly posts and receive a complimentary copy of Playing the Nonprofit Startup Game. This includes access to instructions for printing your own copy of the game.
Scroll to top